How to deal with stress at work

Work stress poses a threat to our health and in turn, to the organisation we work for. How to manage stress at work. 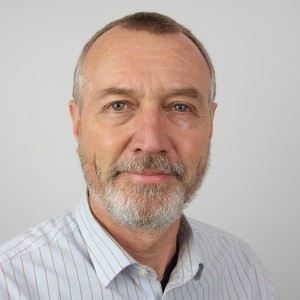 Co-founder of Karo. Areas of specialisation: Ergonomics and Design 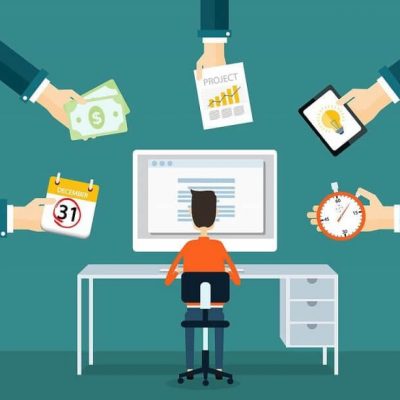 “For some time now, I often suffer from headaches and have difficulty sleeping. I cannot concentrate at work. Tasks that were previously quick and easy to process have become a challenge and take much longer. When dealing with others in my team, I can see that they have become uncomfortable with my interaction. I have been told that I have become short tempered. To make things worse, I now also have an upset stomach. I have had it with my job and my work seems to have no purpose anymore!”
Does this sound familiar to you? Do you show some or all of the above symptoms? If you do, you might well be suffering from stress at work. Take heart, you are not alone! How you deal with stress at work requires you to manage your time and also learn various de-stressing techniques. 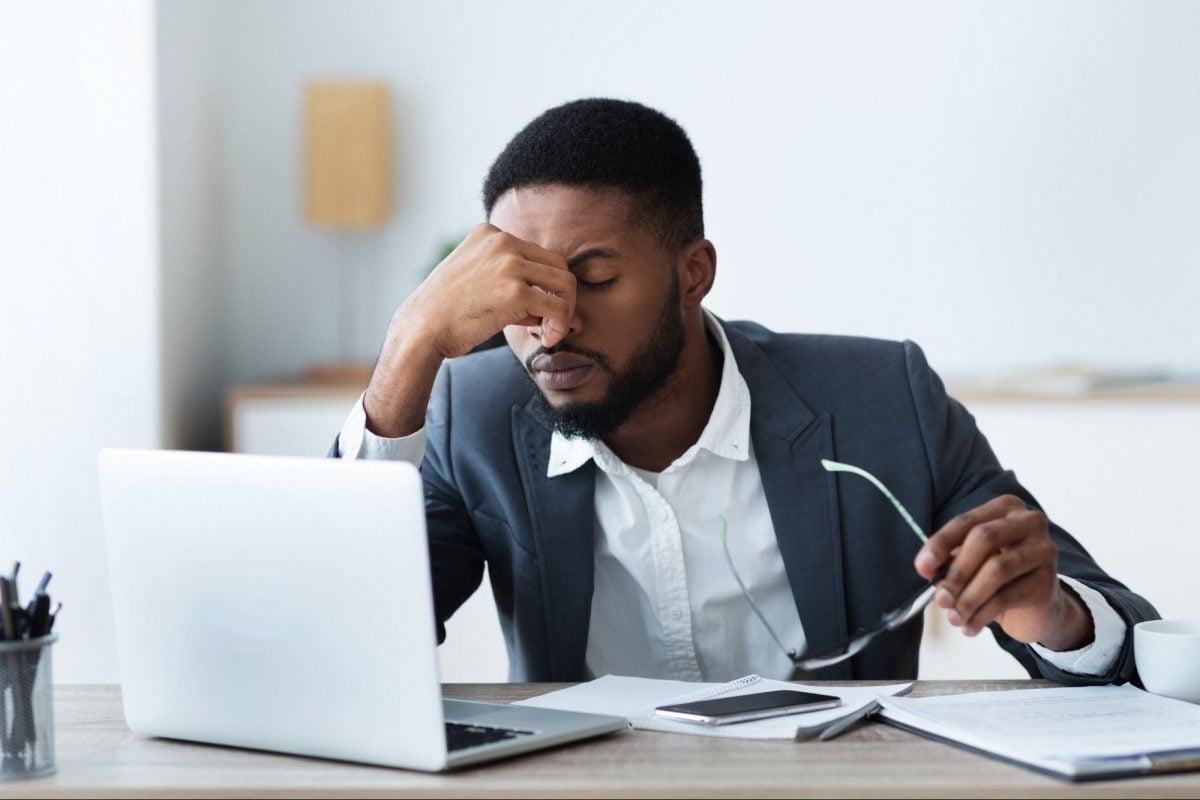 The American institute of Stress conducted a survey on work or job related stress and found that:

Note: The above only refers to work or job stress. There are many other situations that cause stress like the future of our nation, money, political climate, COVID-19, violence and crime.

Now, more than ever before, work stress poses a threat to our health and in turn, to the organisation we work for.

3. The 6 main causes of stress at work

There are a number of major causes of work stress, and these are often exacerbated by trying to juggle work and personal commitments.

a. The actual work design

A heavy workload, no or few rest breaks, long hours, shift work, work that does not utilise your skills and provides little sense of control, are all major contributors to work stress.

The company or department management style is a common stress-raiser. For example, not being allowed to participate in decision making, poor communication from management, a lack of an overall company vision, sexism, ageism and micro-management.

People issues with your colleagues, bullying, as well as a poor social environment, can quickly induce stress at work. How we manage these situations can be difficult, leading to even more stress.

Having conflicting or uncertain work expectations, too many responsibilities and a lack of management guidance may add to work stress.

Job insecurity and hybrid work caused by both the economic and political environments, may result in rapid changes at work. Being unprepared for such changes may add to existing levels of stress.

Contributing environmental factors include unpleasant or dangerous physical conditions such as ergonomic problems, crowding, noise or pollution, and more recently, the COVID-19 pandemic.

Stress sets off an alarm in the brain which responds by preparing the body for defensive action. According to the Cleveland Clinic, this is commonly called the “fight or flight” response because it evolved as a survival mechanism, enabling people and other mammals to react quickly to life-threatening situations.

The carefully orchestrated, yet near-instantaneous sequence of hormonal changes and physiological responses, helps someone to fight the threat, or flee to safety. Unfortunately, the body can also overreact to stressors that are not life-threatening, such as traffic jams, work pressure, and family difficulties.”

“Fight or flight” is a biological response. Everyone responds in the same way to a greater or lessor degree, irrespective of the source of stress.

Short periods of stress pose little health risk. However, when stressful situations are not resolved, our body is in a constant state of high activation which will have an impact our biological system. Eventually fatigue sets in, and our overall wellbeing is compromised.

Studies over the past 20 years have looked at the relationship between work stress and different ailments. The early signs of stress are usually easy to recognise. However, the effects these might have on chronic disease are more difficult to determine because chronic illnesses take longer to develop, and are also influenced by factors other than stress. Nevertheless, there is evidence suggesting that stress plays an important role in common illnesses such as cardiovascular disease, musculoskeletal and psychological disorders.

5. How to deal with stress at work

Before we can manage stress at work, we need to determine it’s source. How we then deal with stress in the work environment can be accomplished using techniques that de-stress us in a way that our overall health is not negatively impacted.

In small organisations, informal discussions at work can often identify problems and may quickly produce techniques and ideas that de-stress situations. In larger organisations, a more formal process may be necessary and external experts may be called in to assist. Dealing with work stress may require extensive, company-wide changes. The implementation of such organisational changes may take time and the results are often not immediately noticeable. While these changes are taking place, or even if they are not, we as individuals, need to learn how to cope with work stress. What can I do to deal with stress at work?

Exercising is a wonderful technique to de-stress from work. Exercise reduces levels of the body’s stress hormones, such as adrenaline and cortisol. Physical activity improves your body’s ability to use oxygen and also improves blood flow. Both of these changes have a direct effect on your brain. Exercise also increases your brain’s production of endorphins. Endorphins are the “feel-good” neurotransmitters that are responsible for the coveted “runner’s high.” This is the sense of well-being and euphoria that many people experience after exercise.

Physical activity can also help take your mind off your worries. The repetitive motions involved in exercise promote a focus on your body, rather than your mind.

By concentrating on the rhythm of your movements, you experience many of the same benefits of meditation while working out. Focusing on a single physical task can produce a sense of energy and optimism. This focus can help provide calmness and clarity.

You don’t need to immediately sign up at your local gym. Even doing exercises at work can manage stress and contribute to your wellbeing. 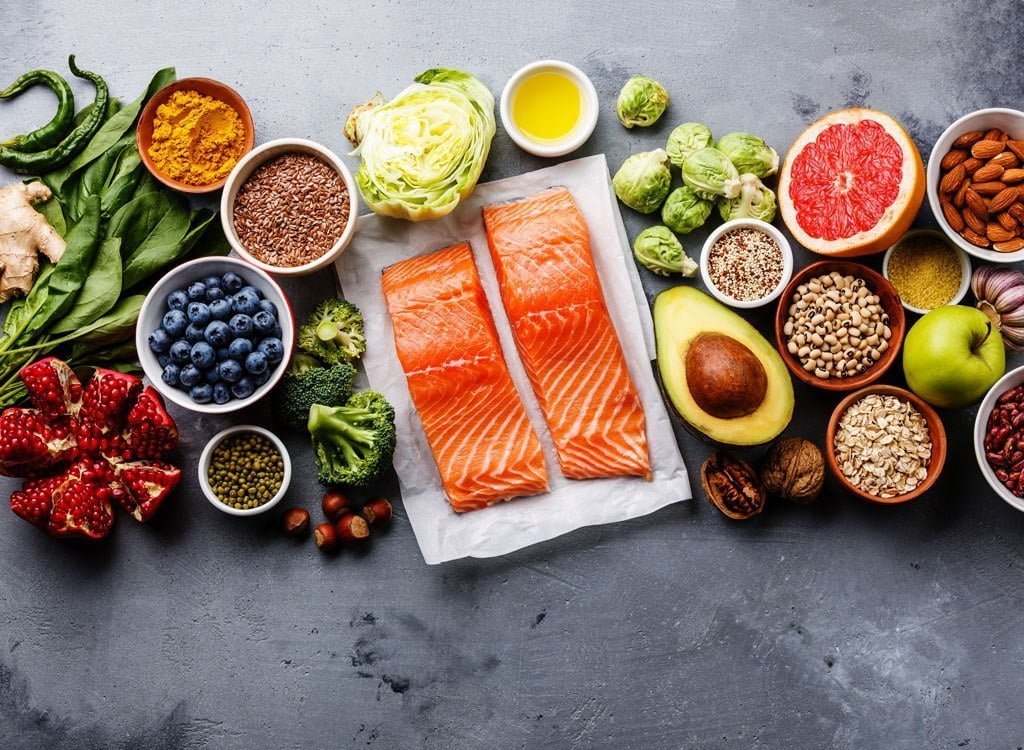 “Eating a healthy diet can reduce the negative effects of stress on your body,” says Matthew J. Kuchan, a senior research scientist at Abbott. “A healthy diet builds a solid, more enduring foundation for your body by reducing oxidation and inflammation and by helping to reduce weight gain.”

When we’re busy, preparing healthy meals doesn’t always fit into our schedule. Eating fast food or junk food on a regular basis can lead to an increased risk of obesity and chronic diseases like cardiovascular disease, type 2 diabetes, non-alcoholic fatty liver disease, and some cancers. We know that we eat too much junk food. Some studies even suggest that 35% of adults’ daily energy intake comes from junk food! Consider the old adage, “we are what we eat”. What junk food does to our body?

Good time management, both at home and at work, is essential to manage a heavy workload without excessive stress. Time management helps you to reduce long-term stress by giving you direction when you have too much work to do. It puts you in control of where you are going and helps to increase your productivity.

There are three parts to time management:

Make a list of all your tasks and activities for the day or week and then rate these tasks by how important or urgent they are.

The more stressful or unpleasant a task, the more likely you are to put it off, which only serves to further increase your level of stress!

You may want to try these tips for controlling procrastination:

Both too many and too few commitments can lead to stress at work.

As mentioned earlier, job insecurity caused by both the economic and political environments, may result in rapid changes at work. Being unprepared for these changes is often a major cause of stress. Jobs are changing….fast. Competition is getting stronger and more global.

The nature of work and associated jobs is changing at whirlwind speed. The internet, cell phones, Hybrid work, IoT’s and inbound marketing, to name but a few, are fundamentally changing our world of work. In many instances, the way we did things, the systems we used and the skills that brought us success 5 or 10 years ago, are no longer applicable. They have become irrelevant, and tomorrow, they will have changed again. Why hybrid work is emotionally exhausting - BBC.

The idea that we only receive training once in our lifetime for the duration of our career, is no longer applicable. We need to accept and adapt to change and above all, embrace “life-long learning”. We have to constantly improve our skills. If we don’t, we will rapidly become obsolete and our work stress will increase, as our (old) skills become irrelevant in the new work environment.

Don’t only rely on your employer to provide training.

It is YOUR responsibility to have an open mind and embrace new ideas at work, and thereby manage the stress of constant change.

Signup for training and education in new techniques. Failure to do so will increase your stress as you struggle with a fast-changing work environment.

Stress at work is unavoidable. If we do not understand how to manage and deal with stress at work, we run the risk of developing serious health problems. There are many factors that contribute to stress, some of which we can control. How we control these factors enables us to develop techniques to de-stress at work. We have a choice.

By the same author: 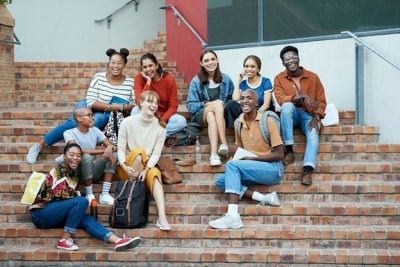 Back to Varsity – Are you sitting your kids up for failure?

As a parent you are immensely proud of your children when they receive acceptance into some form of tertiary education. However, have you actually had a look at what your child is sitting on, especially if they are living in a university residence? 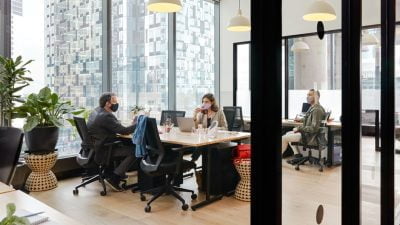 The COVID-19 pandemic has had a huge impact on the role of the office, with many employees switching to hybrid work or working permanently from home. 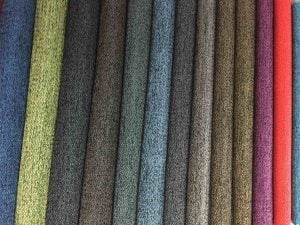 What is the best upholstery fabric for office chairs?

Some fabrics are more suitable for office chairs than others, so what is the best option?